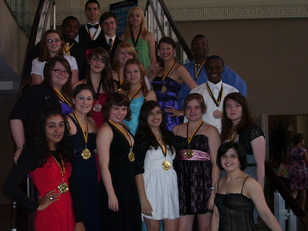 The Cappies, "Critics and Awards Program," is a program through which high school theater and journalism students are trained as critics, attend shows at other schools, write reviews, and publish those reviews in local newspapers like The Washington Post, Cincinnati Enquirer, Dallas Morning News, Kansas City Star, and The Philadelphia Inquirer.

At the end of the year, the student critics vote for awards that are presented at a formal Cappies Gala. In July and August, many of the top award honorees from around the U.S. and Canada are invited to participate in the Cappies International Theater, where they perform shows at the
John F. Kennedy Center for the Performing Arts. 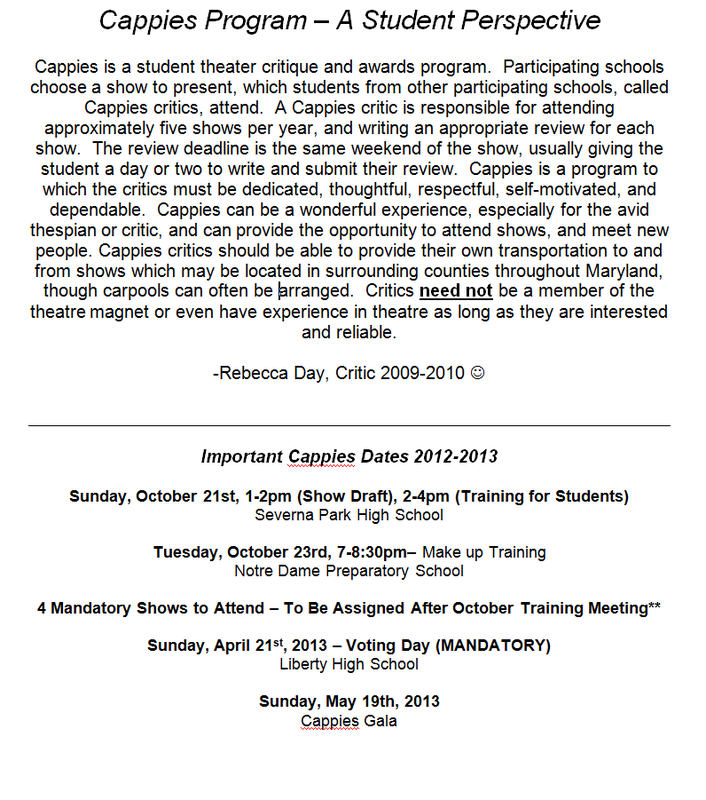